by Melissa Licht, University of Minnesota.

Master Gardeners and Arboretum and Extension staff met with Cante-Suta Francis Bettelyoun at the Minneapolis American Indian Center this week to learn about his work with the UMN Native American Medicine Garden, his approach to caring for the environment, and his philosophy and cultural knowledge about working in communities.  Bettelyoun’s discussion prompted MGs to carefully consider the complex relationships between the research mission of their home institution and other communities and ways of knowing.  He took the opportunity to welcome the MGs to Dakota land, explaining that although we may not have asked whether we’re welcome before, we should.  The answer, he reassures, would be positive, but would entail new responsibilities- including helping the public to understand the Indigenous Nations’ desire to help care for the land.

Throughout the talk, Bettelyoun, who is Lakota, referred to the continuing colonial injustices that have disrupted Indigenous Nations’ traditional culture of care for the land.  He pointed out that for most people living in America, gardening and care for the earth are disincentivized by easier commoditized food practices supported by an industrial food system.  Displaced from their traditional ways, some Indigenous communities–formerly supported largely by perennial food crops–are particularly vulnerable to high calorie/low nutrient diets, and have now become the highest per capita consumers of Frito-Lay products.  The epidemic of cheap convenience foods provides an obstacle to buying or growing healthier ones, leading to poor health for humans and heavy impacts on the Earth.  Although everyone is affected, Indigenous communities are especially suffering from the trauma of a colonial process that attempted to erase not only their food traditions, but their very existence.  Yet, traditional, non-exploitive Indigenous care for the Earth can be a model for all communities in reducing negative impacts on health and climate.  Indigenous peoples are still here, and still want to work with others to heal and build a better world. 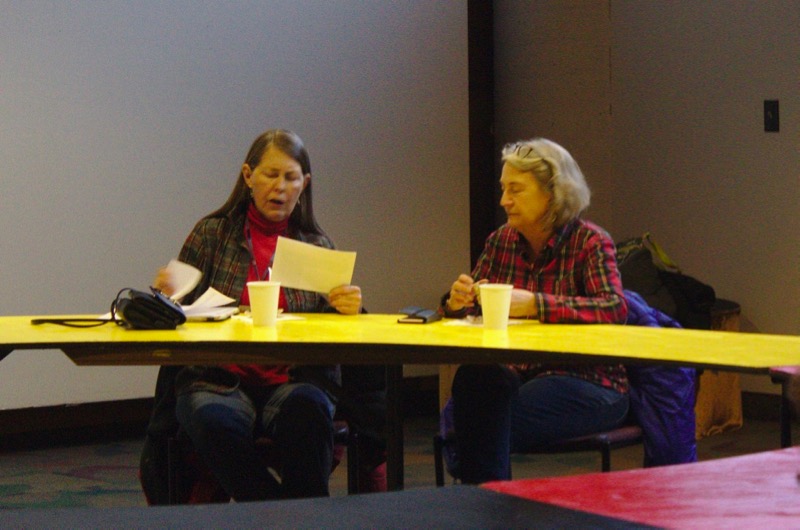 An Evening With Cante-Suta Francis Bettelyoun. Photo by Oliver Swehla

Reclaiming culture and healing is a long process, but Bettelyoun sees room for MGs to support Indigenous people and build real community across cultures.  In his view, MGs could support rebuilding Indigenous connections to the land by consulting local tribes before planning projects.  MGs could gain access to their ways of knowing and the tribes could renew their role in caring for the land- building both communities and contributing to a much needed healing process.

In community projects, especially in neighborhoods with Indigenous residents, Bettelyoun feels MGs should first ask whether our presence and participation are welcome, and should involve the community in deciding the nature and direction of projects that develop.  This principle of cultural competence may be applied in all communities, but is especially important in engaging with Indigenous Nations, whose political power has been severely damaged by exploitation, broken treaties, and systemic cultural oppression.  Responding to questions from MGs, Bettelyoun often made reference to the importance of teaching care for the soil.  His advice on working in communities also starts from the ground we stand on by recognizing the complex historical present and attempting to redress past wrong by asking for permissions and seeking genuine relationships.

In describing his gardening philosophy, Bettelyoun emphasizes that caring for the health of the soil is the first priority.  In the Native American Medicine Garden, he uses techniques that support nutrient and water retention and encourage microbial life:  after one initial tilling of rock dust into the soil to replenish minerals stripped by agricultural use, Bettelyoun has used mulches of manure and cover crops of self-seeding comfrey, clover, and native grasses to keep soil protected.  Minimizing disturbance allows the soil structure to rebuild and annual covers to return their nutrients to the earth while perennials build deep roots.  The result is a vigorously growing garden filled with native pollinators  and other wildlife.

The tone of this event was sometimes tense, as MGs and visiting partners considered Bettelyoun’s messages, pressed for more information, and asked hard questions in response to the hard history he emphasizes is still unfolding.  Our philosophies and experiences are different, but Bettelyoun and many MGs are interested to continue the conversation.